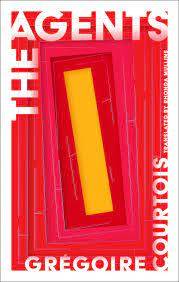 The agents don’t know what they’re agents of, but they’re very busy agenting, which means watching endless data feeds in their cubicles, cubicles that are piled one on top of another in a massive tower in which the agents both live and work. Empty floors serve as battlefields where different guilds of agents fight for territory. It seems that defenestration is the only way out, the ‘ballet of suicides.’

It is here we meet Theodore, who has amputated his own toes and must maintain a 30-degree angle to keep his balance. And Solveig, who is pregnant, though agents don’t usually have sex, as well as the artist Lazslo and self-mutilating Clara. And then there’s Hick, the new agent, who seems strangely happy and occupies a cubicle that is strategically very important.

The battle for key territory is heating up, and the agents aren’t sure which of them will make it out alive. If, indeed, that’s what any of them want…
S'identifier pour envoyer des commentaires.